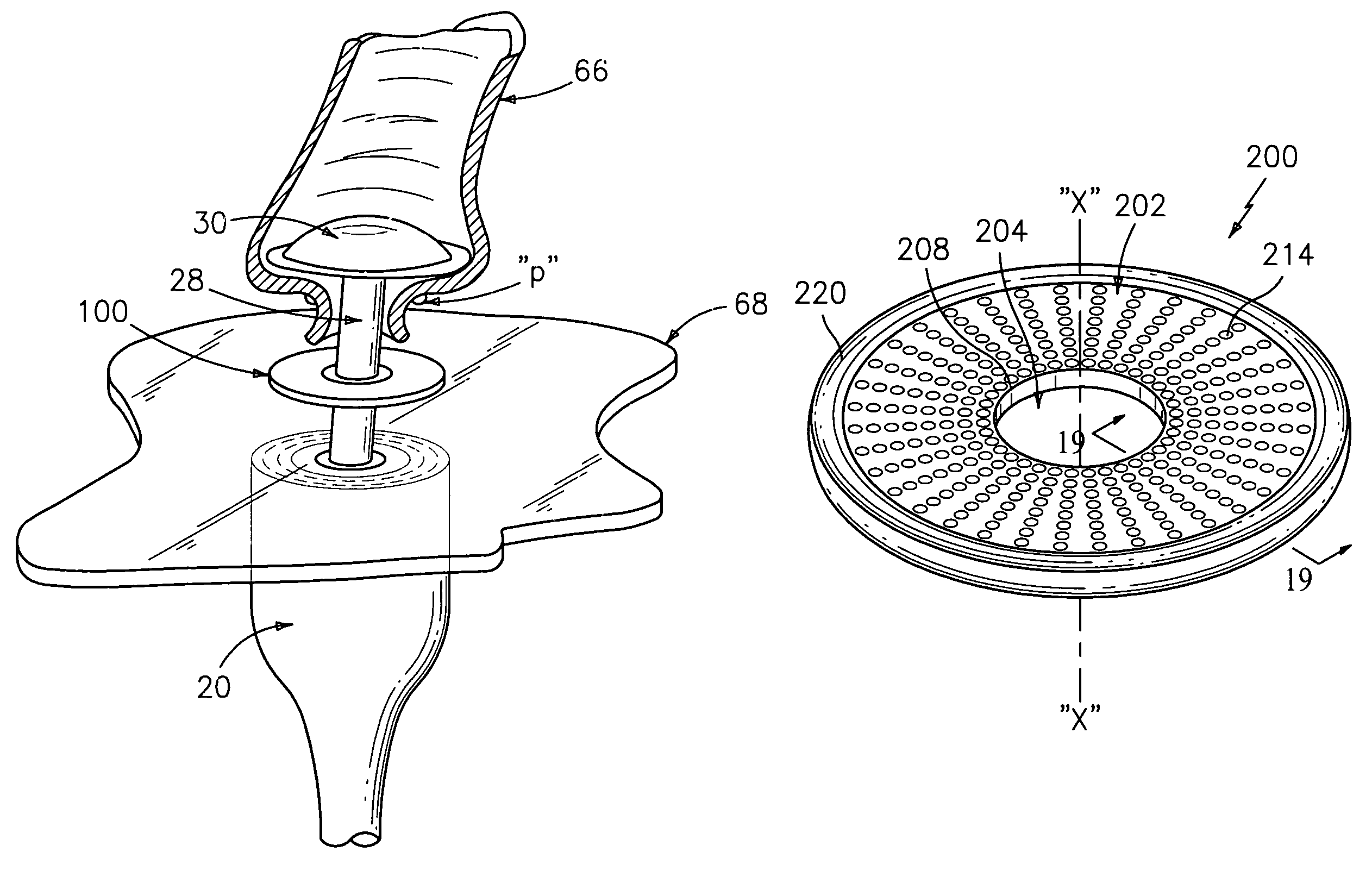 U.S. Patent 7938307 was awarded to Tyco Healthcare Group LP on 2011-05-10 and describes a “Support structures and methods of using the same.” This patent has been cited 433 times by other U.S. patents which places it in the top 500 cited patents since 2010 according to our law firm research, and makes it of the most innovative medical technology patents in the field of instruments. The abstract states:

According to an aspect of the present disclosure, an apparatus for forming an anastomosis between adjacent intestinal sections of tissue is provided. The apparatus includes an anastomosis device having an anvil and a tubular body portion, wherein the anvil is selectively attachable to the tubular body portion by a shaft; and a support structure for deposition between the intestinal sections of tissue. The support structure includes a body defining an aperture therein for receiving the shaft. The body has an outer terminal edge. The support structure includes at least one layer of expandable material disposed at the outer terminal edge of the body. Link: U.S. Patent 7938307

This patent was originally filed on 2005-09-30 which gives it a processing time of 2048 days, compared to an average processing time of 1244 in the field. Tyco Healthcare Group LP has 1168 total patents. The first named inventor is Michael J. Bettuchi of Charleston, SC. The primary examiner was Rinaldi I. Rada.